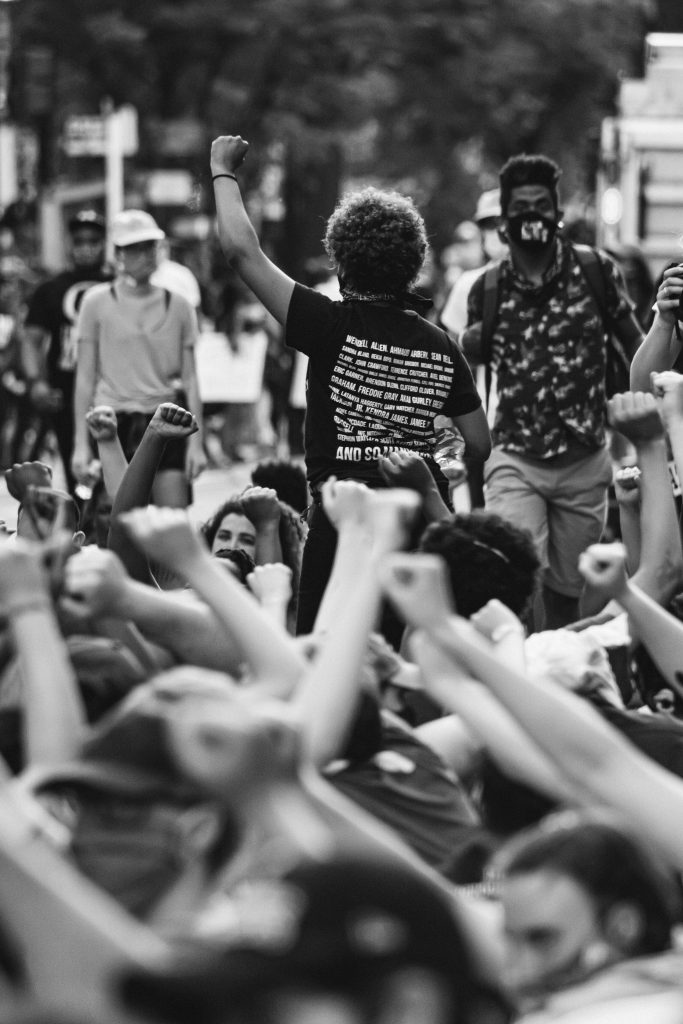 A friend I have not spoken to in years called me recently out of the blue. After describing the series of events that led to him finding my number, he laughed jokingly: ”So I guess you are cashing in on all the anti-racism dollars, eh? Everybody wants training!”

My mind flashed to another out of the blue call I got a couple days earlier. ‘Michel’ calls me up for the first time. I know of him, but we have never spoken before. He got my number through a mutual friend.

He is calling, he says, to hear my thoughts on the new anti-racism revolution. I am happy to oblige, but a bit puzzled. Why is Michel calling me? So far as I know, he is not in the anti-racism business.

“So is your training any different than you did before George Floyd?” “No, not really, except it seems more okay to talk about race.”

Michel’s surprise seems a bit exaggerated. “Are companies paying a lot for this kind of training?” “Well, it depends. They will pay whatever they did before George Floyd, I guess”. Hmmm…Okaaaay, I think.

“How do you evaluate whether a workshop has been successful?” My spidey senses ratchet up. Does this kid think I can’t see through his questions? I give him the name of a generic evaluation program. He will definitely not be getting mine!

I smile as I imagine Michel’s face as he prepares for his final question. He lowers his voice, to a conspiratorial ‘l-know-she-will-say-no-but-what-the-heck’ level. “Can you show me one of your training modules?”

Michel is looking to cash in on what he sees as the new anti-racism training bonanza. He does not have the know-how, so, he figures, why not ask a ‘veteran’ to give me hers? She won’t know what I am really after. Problem is, Michel, as a ‘veteran’, you are not my first Johnny-Come-Lately!

The world-wide anti-racism movement has practitioners like me scratching our heads in wonder. After all, it seemed just yesterday Anti-Black Racism was The Name that Will Not Be Uttered. Its sister, Anti-Oppression, suffered the same fate, though the doors open to diversity-equity-inclusion-speak. And Racism? It hung in there—so long as it was padded with other forms of exclusion.

So, what’s happening? Probably the best way to answer this is in a little saying I saw on a graphic: “Some people change because they see the light. Others because they feel the heat.” A practitioner colleague put it this way to a new client seeking anti-racism training but worrying about being “reactive”: “Better reactive than inactive!”

Still, as one of the ‘veterans’, I must issue a note of caution: we have seen before the intoxicating appeal of the latest declared solutions to BIPOC (Black, Indigenous and People of Color) racism. And we have seen these attempts wither and die on the vine.

The solutions offered were not in and of themselves bad. But they suffered from a common ailment: thin roots. Roots that did not go—or want to go—deep into the heart of what has sustained racism over decades and centuries. Roots that dehydrate because the systemic changes they need for nourishment are considered too ‘radical’. Roots unable to support sustainable solutions because (in many cases) they were never meant to.

Let’s Get Real on anti-Black racism. Let’s see it for what it is—a stubborn weed society and organizations have failed to eradicate.

So, start where you are. But dig deep, way deeper than you thought you would be able to go in addressing it, for real. You will be rewarded. And the notion of the New Bonanza will fade to nothing.